A blog by jackie in General

Finding peace on the road once again... 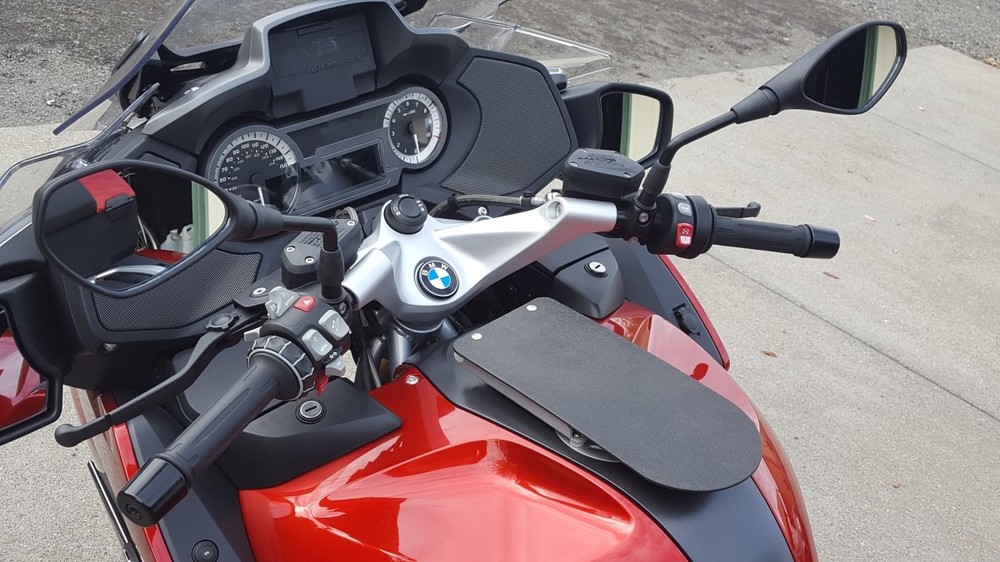 I am happy to see Blog capabilities here, as I love to write about my moto adventures. I think I will start out by reposting a recap of our ride home from SLC from the UFB Rally. It really sticks in my mind of bizarre things that can happen on the road.

While we were headed for home through Idaho, we pulled in to a rest area. I parked my bike two spaces up from a car and Leon pulled in next to me. I noticed an elderly couple at the bench in front of the car and they both started walking to the car. He was a large man, stooped over a bit and used a cane. I got something out of my topcase and heard a noise I'm all too familiar with - the sound of a heavy male hitting the asphalt. I ran over with Leon hot on my heels and the poor guy had not seen the rounded curb when he stepped out and fell on his knees. Leon was instrumental in getting this guy up and seated in his car. He skinned his knees pretty good and was quite shaken. I talked with them for a bit to make sure they were okay. I verified his wife had a first aid kit and that she was able to get him cleaned up. It reminded me so much of dealing with my dad.

Next was a gas stop at Love's in Ontario, OR. I was gassing up and heard a loud bang. I looked towards the store and saw a guy on his new Harley bagger had dropped it while backing away from the curb. The bike was so heavy it took 3 guys to pick it up. I wondered if he had just bought the bike for Sturgis, as it was that time of the year. He was so embarrassed he rode off without looking at damage.
We hit the back roads after that headed for John Day, OR. It was hot so we decided on a cold drink at Unity in their one grocery store. We parked to the side and a truck followed us in and parked at the pump. The driver gets out and looks normal enough, then the passenger gets out. He was really old, scraggly hair, long beard, dirty clothes, stinky... he made a comment to Leon about our speed, and I asked if we were too slow for him. He said he was deaf and then starts chatting with us. I pull Leon in to the store and we get our drinks, came out and sat on the bench to enjoy them. The old guy comes out with 2 - 30 packs of Coors beer and sits next to Leon. Leon asked him how long that would last him and he said 2 days. He said he wouldn't trade one can of beer for our 2 bikes, called them murdercycles, laughed devilishly and told us he'd drank way more then that the past week. He showed the scars on his arms from barb wire fences and said how horrible it would be to ride a bike through barb wire. Then the driver comes out, grabs the 2 racks of beer and Leon commented to old toothless Joe that the guy stole his beer. Toothless Joe grabs a revolver out of his back pocket starts waving it around. I just happened to be looking almost directly down the barrel. The cylinder looked like it could hold shotgun rounds. It was a Taurus Judge revolver. I ducked and got to my bike, we got helmets back on and took off out of there. Fortunately he never pulled the trigger. Freaked me out.
We made it to John Day and had a nice swim in the pool before dinner.  530 miles of heat and smoke.